When Does NoFap Attraction Start?

Many of you have probably heard about the strange women attraction phenomenon that is happening to some of the guys doing NoFap.

Not to everyone, but the stories are just too many to ignore.

So, when does this whole “NoFap attraction” start?

What kind of streak do we have to be riding on, in order to maybe be lucky enough to experience this strange phenomenon first hand?

When Does NoFap Woman Attraction Start?

First I have to point out that this is as far from any exact science we can come. All we have to go by is anecdotal stories and the rest is merely speculations.

That said, anecdotal stories are not to be dismissed…

…they can still provides us with info and they are interesting, to be sure!

It starts somewhere between the 2nd and 5th week…

NoFap attractions seems to start somewhere between the second and the fifth week into a semen retention streak.

Now, again, it does not happen to everybody, but for those whom it happens to, this time frame seems to be the most common one.

Here is one quote from a guy

“Personally I noticed this phenomena the first time I went on a 3+ week streak, from that point I've been OBSESSED with this shit. How the FUCK could this even work, WHY do girls suddenly start liking me when I don't ejaculate?” source Reddit

My Personal Experience With NoFap Attraction 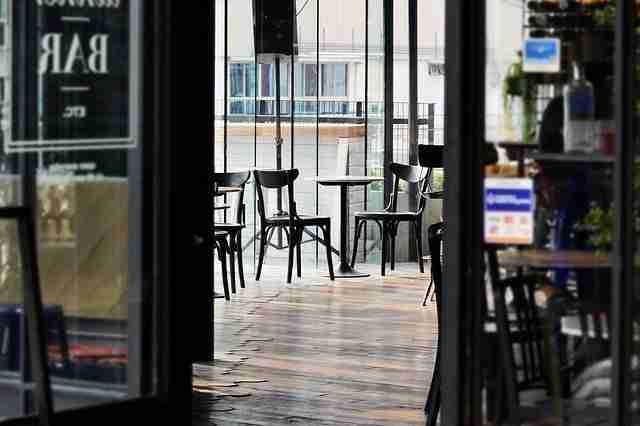 I have personally noticed the increase in attention from the opposite sex when riding on a good NoFap streak, however unlike what many guys are reporting, for me  for me it has not been a night and day difference…

….but the difference certainly is there.

For me it often starts somewhere after the fourth week, but again, I'm not really a very good looking man and it is not a night and day difference either.

This is a short story from my very first attempt at NoFap, many years ago…

I remember the first time it happened to me. I was a few weeks into my first NoFap streak and I was sitting in a cafeteria, enjoying a cup of coffee.  Suddenly two girls entered and, even though the cafeteria was almost empty, they chose a table very close to me. I got all kinds of glances from them, one of them in particular and she also kept playing with her hair while every now and then looking over at me, smiling and then immediately looking down in a submissive way. I remember thinking, “what the hell is going on here!?!”

Why does it happen?

So why does this whole phenomenon happen in the first place?

Well, there's the million dollar question and to be honest, no one knows!

Here are just a few plausible explanations, but keep in mind, they are merely speculations.

It could be because of…

As you can see, some might indeed be plausible explanations, while others, particularly the last ones are getting a bit out there…

…but again, no one knows exactly what is going on.

Does The Female Attraction Work Even When In A Flatline?

Some guys even report that the NoFap attraction works for them while they are in a flatline. While others say that the flatline seems to kill the attraction.

One thing to keep in mind here is that, while in a flatline, many guys feel really bad. Often to the point of being seriously depressed and it would not be far fetched to think that, even if the attraction were to work during this period of low mood, most guys would be in a state of mind where they wouldn't even notice it.

Here is one quote from a guy, noticing the attraction goin away during his flatline…

But not everyone is the same…

“Effortlessly heading into dates lately where I am kinda stuck with a dead dick between my legs. My head messed me up at the moment that I “can't date them right now” and “I need to reboot at least a bit”. And because of my PIED I couldn't even perform. But I have the feeling the more I flatline/give a fuck/not concentrate talking to women attraction comes naturally. Source reddit

Does The NoFap Attraction Die Out If We Keep On Going?

What if a guy just keeps going with his semen retention?

Will the attraction keep being on a high level or does he need to do it in cycles?

Well, it seems like this one is highly individual. Some guys are experiencing how the attraction seems to fade away, even if they didn't relapse or relapse.

For those guys it could be that the NoFap benefits works bet if they do semen retention in cycles.

It's your life and your NoFap journey, so you will have to do some experimentation in order to find YOUR best way of doing it.

Increased attention from females during NoFap is definitely a thing, but exactly when it starts to happen differs from person to person.

However, the most common time frame seem to be somewhere between week 2-5.

It's an interesting phenomenon, to be sure, and if you are wondering if it will happen to you then here's you answer…

…why not try it out for yourself!

P.S. If you found this article informative, please check out my YouTube channel here as I'm constantly making videos about living a No PMO lifestyle and videos about all kinds of interesting self improvement tips in general.

Q: Bob, I have watched almost all your YouTube videos and I would like to ask you a question about the NoFap woman attraction thing because I respect you. Do you think it's just bullshit or is there really something to it?

Q: Can NoFap attraction happen if I feel bad and don't notice any other benefits?

A: I have seen a few guys report that it still can happen, however, the vast majority seem to be reporting strongest  attraction effects when they are riding on top of the other benefits happening to them, which I personally think makes more sense. If you feel awesome, and act in such a way, women tend to notice you more. That's just the nature of the game.

Q: Can the NoFap attraction last for years?

A: Hm…I would think so. At least more than if you stay stuck in an addiction to adult sites.