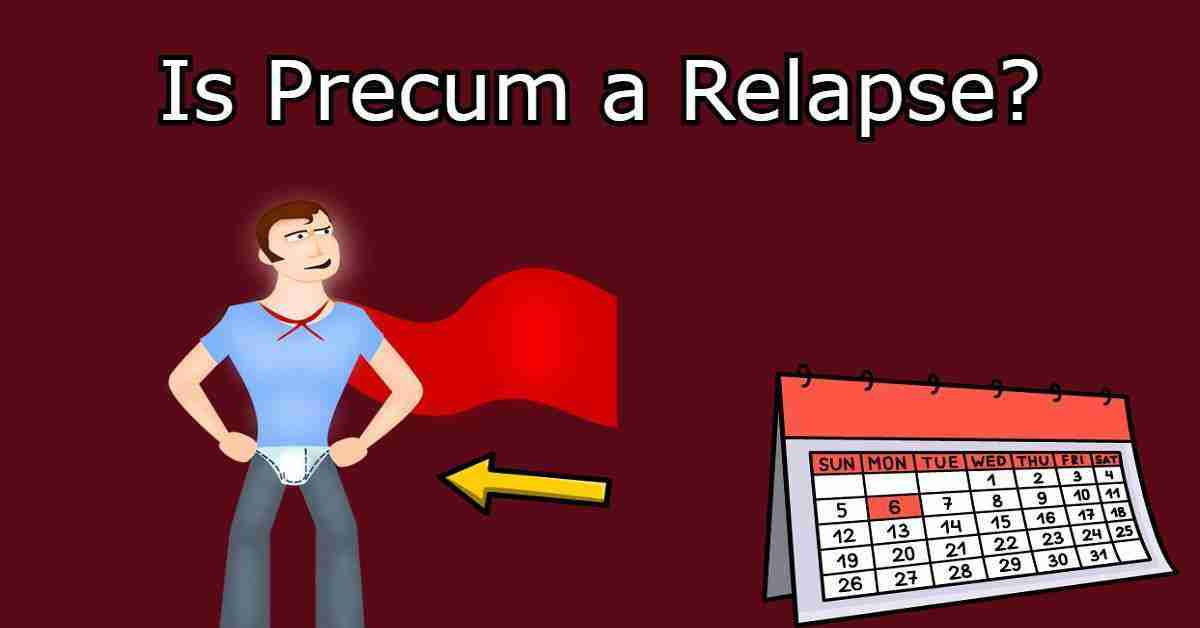 NoFap is Precum A Relapse?

Precum is a clear fluid that often comes out when you are kissing, cuddling or when you are sexually aroused in general.

It is not the same as an ejaculation.

It is there to serve as a lubricant when having intercourse and, just like a slide with water in it, it helps the intended object travel more easily though it…

…with the slide example, the “object” being a person. But with precum, it helps your sperm more easily get out of your body.

Is precum on NoFap a relapse?

To be honest I don't like those kind of questions.

Well, because a relapse simply means that you break your own rules.

Your life – Your rules!

Your life, your rules, and whenever you break one of YOUR rules, you are relapsing!

So, if you have set a rule for yourself that goes something like “I shall never have precum again for the rest of my life”, then yes, precum would be a relapse.

But then again, such a rule would be stupid beyond belief because…

So what I'm saying is; I would personally never count precum as a relapse on NoFap…

…and I would highly recommend that you do not consider it a relapse either.

There are two “NoFap camps” – One focus more on retention…

There are two, or perhaps three big camps out there in the NoFap world.

And it is still my number one priority!

Wet dreams and precum during NoFap…

During my reboot, I didn't care about wet dreams at all, and I still don't.

The same goes if I happen to get precum.

In fact, I want to get precum if I'm kissing and cuddling with a girl, and if I get it at other times, it doesn't bother me at all.

Well, because precum is a natural thing and if I didn't get it when kissing and cuddling it would mean I wouldn't be a fully functional man. It would mean that my libido was still hijacked by pixels on a screen to the degree that I couldn't get enough turned on by real life women. Or it would mean that I had some other problems, like anhedonia or some other issues that prevented me and my libido from functioning like it should.

Wet dreams or getting precum are not bad for your brain. Nor do they set you back in your PMO recovery.

Yet, I myself, like many others, belong in the third camp…

Why the combination of the two?

Well, like thousands of other men, I feel that semen retention gives me a bit more energy and drive to work on my goals.

So, if I were to start busting several times a weak I would lose a bit of that drive.

Some start busting further into their reboot…

IF they want to.

Some decide to start ejaculating regularly again, others try to stay away from busting forever, while some continue to do retention, but in cycles.

So, as you can see, it's a bit complicated and there is no right or wrong.

It's just up to the guys.

That's probably also the reson why there are so many confused guys out there.

Cycles gives even bigger benefits than complete retention (for me)

However, as I said, I still take advantage of the increased energy and drive semen retention gives me.

This means I sometimes do cycles of about 30-40 days on semen retention and then I have one day of busting when being intimate with girlfriend, and then I jump back to retention after that day. 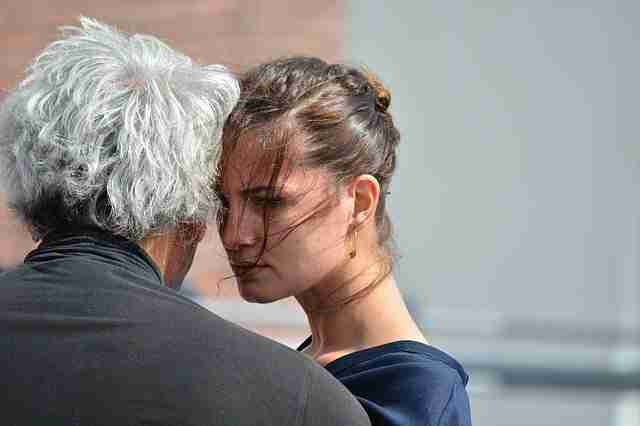 I could easily go longer…

Now, because I have been in the NoFap community for so long – almost 10 years at the time of writing this article – it is no problem for me to go longer than 30-40 days without busting. By using all the tools and tactics I have learned over the years, I could easily do so…

…in fact, not that long ago I pretty easily did a 8 month streak with zero busting.

For me, longer is not better.

However, I get the strongest so called “NoFap super powers” if I do semen retention in cycles with one cycle being somewhere around 30-40 days (I'm still experimenting with this to try to find my optimal “sweet-spot”).

For example, take a look at this video where Dave Asprey, a sharp Silicone Valley author and entrepreneur talks about his experience with semen retention.

Like Dave says in the video he feel best with a 30 day cycle. This is what I personally have noticed in my life as well. For me it seems to be somewhere around 30-40 days, however, I'm still experimenting to find if  my optimal cycle.

By the way, Dave Asprey have written several good books. One phenomenal book is called “Game Changers” and in that book he has a whole chapter about the power of hacking sex and semen retention to get more energy and drive. It's an awesome book. If interested, you can click here to check pricing on Amazon.

Everyone should make up their own rules…

Now, just because I and many others do it the way Dave described in the video, I'm not saying you have to do it like that.

There are also those who want lifelong celibacy, for different reasons, and I think that is awesome. If some men want to live like that in order to focus more on themselves or a higher purpose, then more power to them.

Whether you want to…

Because again, your life, your rules!

So, yes, that also means you are indeed allowed to make a rule like “no precum!!!”.

However, I stil think that would be a pretty darn useless rule.

So, my final advice is; don't worry about precum on NoFap.

It don't mess with your brains dopamine system, you hardly lose any semen from it at all, and it is not bad for you in any way, shape or form.