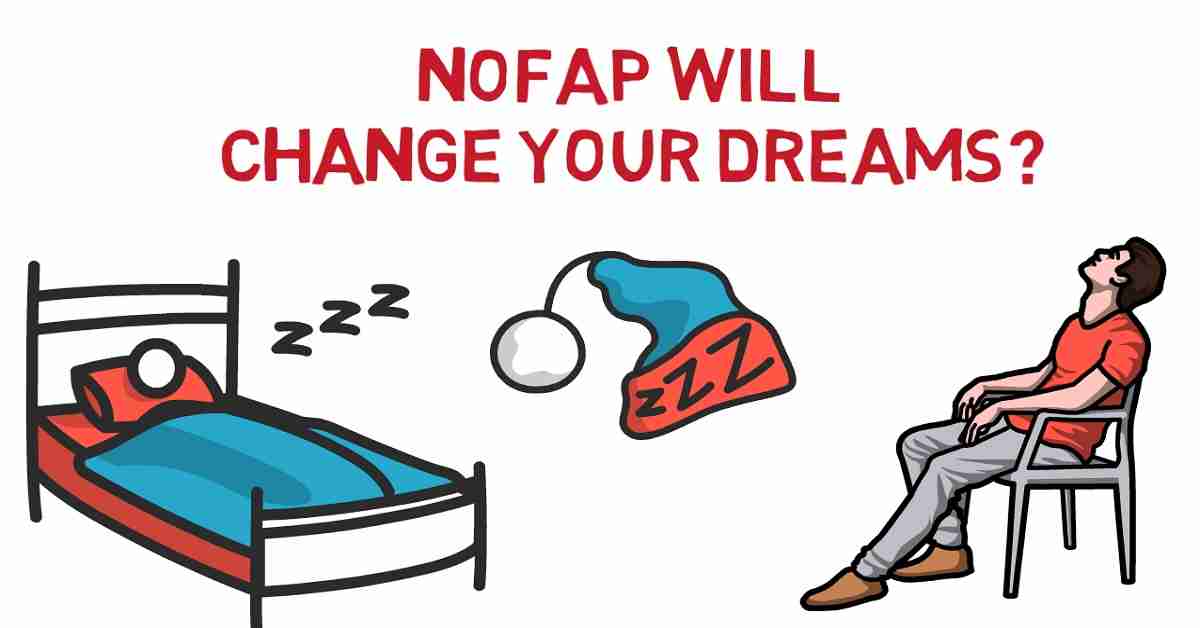 So, you're on a NoFap journey and now you have started noticing more vivid dreams, huh?

Perhaps you are wondering if this is something others have experienced as well, or if it's only you?

Does NoFap give you more vivid dreams?

Answer: Yes, going on a NoFap journey can really give you more vivid dreams. Or a better way to put it would be; by frequently fapping to adult sites your dopamine system can become out of whack. Dopamine, as it turns out, is highly involved in REM sleep, dream recall and dream content.

NoFap And Dreams
Asking My Subscribers…

I decided to ask my subscribers and followers of my YouTube channel “Project Stronger Self” whether or not they have started experiencing more vivid dreams after they started doing NoFap.

More Vivid Dreams On NoFap Could Be a Sign Of Progress…

If you've been doing NoFap for a couple of weeks now and you've started noticing more vivid dreams, it could actually be a really good sign of progress.

Since dopamine is highly involved in both dreaming and the recall of dreaming, if you now suddenly seem to be dreaming a lot more, it could be a good sign that you are up-regulating your dopamine system.

In other words, if you have started experiencing more vivid dreams on your NoFap journey, rejoice, and take it as a sign that what you are doing seems to be working very well for you.

The answer is simple, they are neither good or bad.

They do not help you nor do they hurt you.

And, they do not ‘mean' anything.

Well, at least nothing other than dreaming is the brain's way of processing things that we go through, in or day to day life.

Why this happens, no one knows, but I suspect it's just the brains way for dealing with your reboot and your current situation.

Don't try to fight them.

“I often dream about visiting dirty sites, and even in dreams i feel like i'm doing something bad. When i wake up i feel terrible, but in the matter of seconds i'm realizing that was just a bad dream.” -TravisB-

“I find that while also having more vivid dreams, i frequently have that deep blackout form of sleep where I have no dreams at all. When I do dream it is extremely vivid though”. -liam-

“Yes, I usually have vivid dreams around the second week, those dreams are mostly about me going to pmo and when I wake up, I feel as tired and destroyed as if I was really binging, but when I realize it just was a dream, things go back to normal (but I think my urges spike after that).” -lucas-

“As well as having more dreams the world seems to be more colorful around me. Maybe I am just appreciating the little things more as I slowly begin to lower my dopamine tolerance.” -JuggJordan-

“I noticed more vivid dreams. And shift in dreams. From being frequently afraid to not being afraid at all. Like flying or me chasing away demons or dogs and before I was one who was running away” -Milos Ciric-

“When I was pmo'ing I couldn’t remember non of my dreams. Now they’re vivd and I’m really remembering all of them 😳 I mean I remember 4 of my dreams from LAST week” -JayBishop-

How About Wet Dreams During NoFap…
Should I Consider Them A Relapse? Without exaggeration, this is THE most common question I get, both under my videos on my YouTube channel, and in my email inbox…

Normal bodily functions are never, and can never be considered a relapse.

Wet dreams can increase urges for a day or two…

Now, while wet dreams are completely harmless, and are not to be considered relapses, some people do experience a slight increase in cravings for sexual stimulation for a day or two after having one.

This is something that is good to know, so that you can take precautions in order to prevent a real relapse from happening following a night of wet dreams.

But does having many wet dreams slow down recovery?…

No one knows for sure, but probably not.

My personal belief is that they do not slow down your reboot at all.

But even if they did, why worry about it, since they are completely out of our control anyway?

Again, I do not think that they will slow down your recovery at all.

If you happen to notice a drop in energy for a day or two, then that's about it, and that does not have to mean an overall slower reboot, in the grand scheme of things.

To sum everything up, it's safe to say that most people start experiencing more vivid dreams when going on NoFap.

I suspect that the reason for this is that the dopamine system starts working better again.

Then, when going on a NoFap journey, the dopamine system will start working better again, and thus you start to enjoy more vivid dreams.