We can also see that more experts are starting to acknowledge its potential harmful effects on the brain.

So, what's the deal here?

I'll give it to you right from the start: 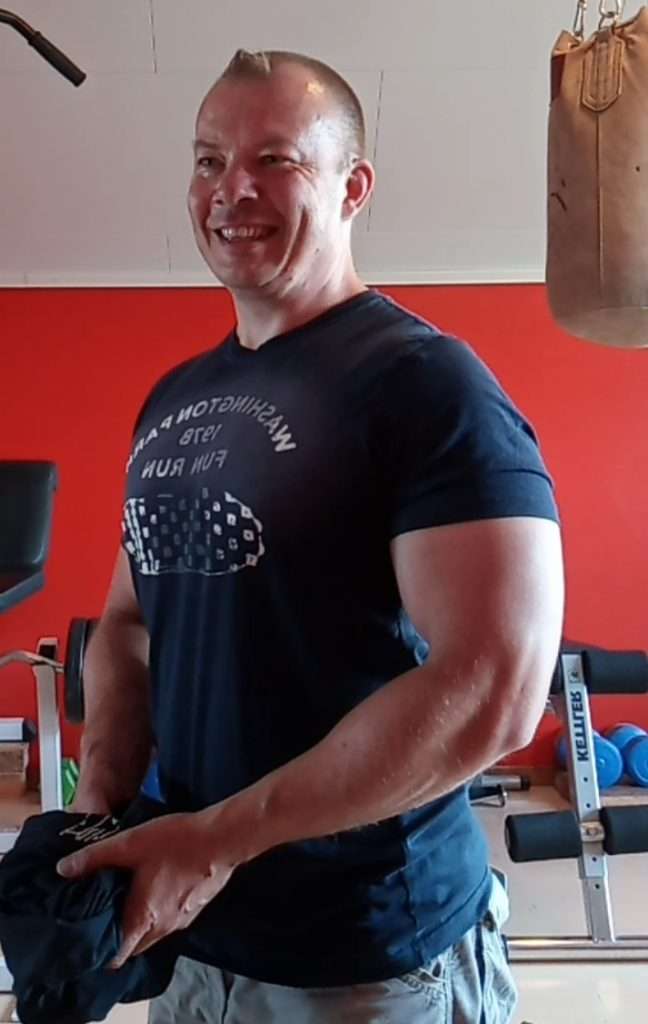 Before we start, let's get one thing out of the way…

Mind you, cocaine temporarily raises you're dopamine too, and I don't think it's possible to find anyone speaking to cocaine's positive effects on the brain.

When you do that, your brain start to protect itself by downregulating some of the small receptors that dopamine is supposed to bind to in order for it to do its magic. This leads to a disrupted dopamine system, with a dopamine deficiency as a long term consequence.

To make this more clear, let's back up a bit and start with the basics…

What exactly is dopamine?

Dopamine is a brain chemical. A so-called neurotransmitter that has several functions. It’s made in your brain and acts as a chemical messenger, communicating messages between nerve cells in your brain and the rest of your body.

It is an ancient chemical that has been there as long as humans have existed. Actually, we can turn that the other way around and say, we wouldn’t even exist today if it wasn’t for dopamine.

So dopamine itself isn't the problem. It's when we keep overstimulating it that it becomes an issue.

The strongest driver of dopamine…

Dopamine's main role is to make us motivated to go for things that will help us survive and reproduce, i.e. help us stay alive, protect ourselves and carry our genes to the next generation.

If you now start asking, but wait a minute…dopamine spikes happen related to other thing as well, not just sex and food? , you would be 100% correct.

You see, there are many subsections under food and sex and dopamine taps in to all of those as well.

For example, achieving a career goal will help you get both financial security and status, and thus it will help you be able to get good food and good, secure, shelter. So it would be a subcategory under “survival”. But not only that, more status would obviously also make you more attractive in the eyes of the opposite sex, so that would also form a direct subcategory under “reproduction”… i.e sex. As we just talked about, dopamine is involved in a lot of activities. But nothing spikes dopamine higher than sex. This is because nothing is considered more important for mother nature than to carry our DNA's to the next generation. Well it's possible to get your dopamine to spike even higher, but not without using chemical drugs.

Your primitive, reptilian, brain is not up to date.

So it instantly spikes your dopamine to the highest possible level.

As soon as you feel the slightest boredom you click to another video. Since it's possible to keep clicking for hours at end, it's also possible to keep your dopamine elevated far longer than you can with real life sex. You can't use the click of a mouse to change partners in the middle of real life action, after all.

Your ancient reward system didn't come equipped to handle this…

When you keep that clicking going in order to keep the dopamine and the excitement buzzing, a counter mechanism starts to kick in inside your brain.

Take a look at the picture below… 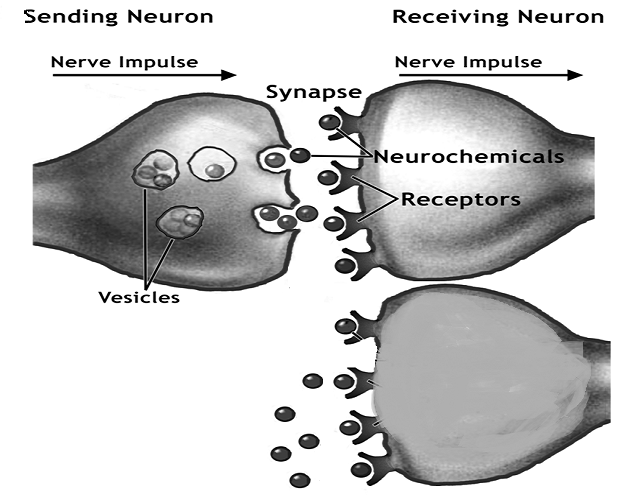 What you are looking at here is a part of the dopamine system in action.

To the left we have the sending neuron and to the right the receiving neuron.

See those little small dots? Well that is our friend dopamine right there. And dopamine does its magic by attaching to small dopamine receptors. The receptors kind of look like slots that the dopamine molecules fit perfectly into.

And when dopamine has parked into a slot, it is then we feel the effects of whatever function it brings us at the moment.

With less dopamine receptors, then, those small dopamine molecules now have less slots to park into – which means we will feel less effects of whatever dopamine a certain activity is giving us.

This is the neurobiological process behind desensitization, also known as getting a numb pleasure response…

…or a disrupted dopamine system.

The nasty thing here is that these receptors do not grow back instantly when you stop the stimulation, it can actually take a while.

But the good news is that desensitization can reverse itself if we stop the stimulation for a long enough time.

…just as long as he's not overusing any other form of highly stimulating dopamine activity.

Physical exercise and a general healthy lifestyle may help speed up the recovery a bit.

Depending on the individual, the severity of desensitization it can take between 1-12 months to fully recover a desensitized reward system.

So, now your left with a desensitized dopamine system.

And here are some of the most common symptoms of having a disrupted dopamine system..

Do you recognize yourself in the above?

Well if so, keep reading.

That said, we are all different and it's very difficult to say a specific amount that could be classified as 100% safe.

I myself never watched more than once or twice a week, yet I was addicted to it and it seriously affected me.

Granted I did watch it in a very destructive way, as my sessions were long and I did a lot of clicking from video to video, constantly chasing the perfect one…which obviously doesn't exist. It doesn't exist because, once you've “found it”, it now becomes boring and you instantly start searching for the next one.

I'm ashamed to say that my sessions sometimes several hours – and not surprisingly – they really desensitized me.

But what if your sessions are short?

15 or 20 minute long sessions can indeed also desensitize you. Especially if you do them frequently. And guys who are logging in shorter sessions tend to use more often instead.

So it evens out.

Again, I don't want you to misinterpret my words. I am not recommending it, it's just that I want to write a comprehensive article, and since I know people are going to be wondering, when I write on a certain topic, I feel I need to write on it from every possible angle.

I've tried it myself as well. It most certainly didn't work for me. But who knows, you might be different.

If you want to see an easy to understand video on exactly how the desensitization process takes place inside the brain, then I've made a video on that on my YouTbe channel a while back that I think you should watch.

You can find it below.

The title may be a bit provocative and naive, but it does a good job at explaining the desensitization process in a fun and interesting way.

If you want your dopamine working for you, rather than against you, then you need to understand that whenever we engage in some pleasurable activities, there will always be a rebound effect “dopamine rebound effect”.

In other words, what goes up, must come down.

But when it comes to instant gratification stuff, not only does the dopamine come back down, but it actually goes down below your baseline levels for a while, before returning back to normal.

By the way, when I say instant gratification stuff, I'm talking about things that give you pleasure and excitement without you having to put in any effort first, in order to achieve it.

The rebound effect in a graph…

The graph you can see above is called the opponent process reaction.

And, yes, this rebound effect happens to everyone, even if you're not addicted or desensitized (yet).

What does that mean in terms of day to day brain function?

That would definitely make you less motivated, less sharp and less focused – because after you're done, the B-process (see above graph) kiks in right when you're about to start studying.

Again, this transient drop in dopamine happens after any and all instant gratification stuff, even after eating 3 donuts with your mid day coffee. Even if you're not addicted to it.

However, if you keep overdoing the instant gratification activities, then desensitization can become an issue.

And then the opponent process graph starts looking more like this…

As you can see, now you get less enjoyment during the activity (A-process), but the counter process (B-process) becomes deeper and longer.

And more important, after the B-process is over, you don't even reach up to your baseline levels any more.

This is what addiction looks like in the opponent process graph.

How understanding this graph changed my life…

If you found the video informative, you can check out my YouTube channel here

What if I think I might be a bit desensitized already?

If you think that you might be a bit desensitized by all the good life has to offer, then there are a few things for you to consider…

It's also important to know that there can be several stimulus that's causing your desensitization. Not just one.

It's not a big online course or anything like that, but it's an easy to read guide that will most certainly help.

P.S. Here are some other posts you might find interesting…