How To Cure PIED Fast (This Could Actually Work)

“What is the fastest possible way to cure PIED?”

That’s a really common question I get asked several times a week, and since there seems to be so much interest in it, I thought I’d write a blog post about it in order to help as many guys as possible.

So on this page you will discover the exact steps to take to ensure the quickest way to cure PIED, plus som additional helpful tips and tricks.

Before we start, however, there is one thing I need to make abundantly clear…

Why does PIED happen in the first place?

In order to try to cure PIED faster, we need to start with understanding why PIED happens in the first place.

Yes, obviously, but we need to know what happens inside the brain.

At the time of writing this article, as far as we know, PIED is caused by two things…

As a matter of fact, there might be a few things that could help.

So let’s take a close look at them.

How To Cure PIED Fast
The Solution:

I’ll start with all the steps you can try to speed up PIED recovery, but please read the rest of the article and watch the videos as well to get a clear understanding of how and why it could work.

These are the steps to cure PIED fast…

Do Stuff That Will Help Reverse Your Desensitization…

As you remember, PIED is caused by a combination of desensitization and sexual conditioning.

But we can do some things to help it along the way.

For more info on the exact brain changes that happen in a PMO addiction, then take a look at the following two videos I made a while back. Part 1 and Part 2.

If you are in a hurry, I can tell you that the desensitization recovery tips can be found in the second half of part 2.

You also learned how the first two brain changes affects us and why you need to be aware of the mechanisms behind them.

In part two you will discover what you can do to help reverse those brain changes. And remember, helping the reversal of desensitization along, might potentially help to cure PIED faster.

In part 2, you will also learn more about the last two brain changes.

I really urge you to watch the whole video as I won’t be repeating every detail in written form.

However, I know many of you are anxious and in a hurry, so here are a short summary of things you can do to help reverse desensitization.

Get Out of Your House As Much As Possible If you want to cure your PIED fast then you really need to go hard on this one. But obviously, just being out of your house won’t cut it.

The key is to be around people!

This phase of rebooting is often called “rewiring”, and it’s really is important. Some believe that sexual conditioning is  an even bigger factor in PIED than desensitization, and I personally tend to agree with that.

It’s no doubt a combination of the two, but conditioning is huge and thus the rewiring phase is so very impoertant.

Figure out ways to be around people – Be creative and smart

The more you can spend time being physically close to people you find attractive the faster you fix PIED. There are probably exceptions to this, but generally speaking that really seems to be the case.

Figure out clever ways you in which you can spend as much time as possible around people your age. In a smart and respectful manner, of course.

The beauty of dance classes… I personally took a few dance classes during my own reboot, many years ago, and I found them very helpful for my rewiring.

Just think about it; during the 90 minutes of the class you get to be physically close to many different women. Talking, interacting and there is even touch involved.

In fact all your senses are involved.

And the more senses involved, the easier for your brain to rewire.

Kissing and cuddling vs normal interactions…

Note that every interaction can be beneficial, even if you’re just talking, smiling and being present. So it’s not like you desperately have to run around trying to fix dates all the time.

That said, being physically intimate, lik cuddling and hugging etc. is probably going to be a bit more beneficial for rewiring than just a normal conversation.

When you are at home, it will then probably also be beneficial to think and fantasize about the people you have met during the day.

…all to help teach your brain that the libido is supposed to be used in real life and not on pixels on the screen.

Okay, back to the reward system and the desensitization part.

If you want to recover from PIED fast, then you also need to avoid doing stupid things.

By stupid things I mean doing other things that are extremely stimulating for your brains reward system. They raise dopamine so much that they can cause a downregulation of your dopamine receptors in your reward system (this is desensitization). Or at the very least they can prevent upregulation from happening quickly.

However, don’t get scared of dopamine, just be careful with things that increase it to excessive amounts. Especially during your reboot, because if you keep hammering your brains reward system with super stimulating things the upregualtion of your dopamine D2 receptors might take a lot longer.

Don’t develop a dopamine phobia either…

Again, there are many things that release dopamine, and you shouldn’t be afraid of it. We need dopamine. Heck, even drinking a glass of water increase dopamine a bit. And so does exercise, listening to music and meditation and those are all healthy and good for recovery.

It is the supernormal stimulus you need to be careful with. So don’t develop a dopamine phobia.

Boost Your Testosterone And Your Natural Libido With Exercise And Supplements 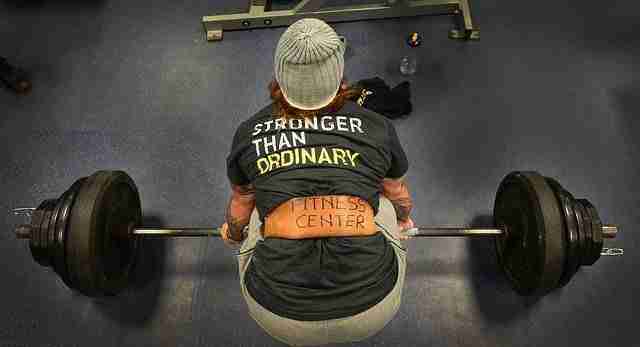 Granted there are no specific studies made on the PIED recovery timeline with or without physical exercise. But thinking about it logically, how could it not be helpful?

Testosterone and dopamine are the two major players in libido

For example, squats and deadlifts increase testosterone as well as dopamine to healthy levels (and they are the two biggest players in powering libido and erections).

Squats and deadlifts also strengthen and help keep the muscles in your pelvic floor flexible (those muscles play a part in erections).

But PIED is a brain problem, right?

Indeed it is, but intense physical exercise is also good for the brain. In fact studies have shown that it actually helps grow new dopamine receptors and thereby help reverse desensitization. In addition to this it also significantly increase blood flow to the brain.

All of that combined just have to help speed up PIED recovery. On top of that, so many things in the body is bidirectional. Meaning, for examp; if you help your body with things that are involved with libido, the brain may respond, and vice versa.

Now, I need to point out that libido supplements will probably not help reverse your PIED any faster, but they can potentially help boost your erections while you are dating and rewiring.

I know, because I used libido supplements myself during my own reboot. I tried everything I could get my hands on, most of them useless, but I found two that worked very well.

One of them is called AlphaViril, and if you’re interested in learning more about that one you can click here to read other real user reviews over at the vendor page.

I’m not going to go into more detail about AlphaViril in this post as I have already talked about it extensively in other blog posts. For example in the posts, Alphaviril Review and NoFap and Viagra. But let me just say that, even though I was pretty desensitized during my own reboot, it actually worked really well for me.

It was of great help during my rewiring phase.

Before we end the supplement section I once more would like to remind you of the fact that supplements are to be considered helpful tools only and that rebooting and rewiring is and will always be the real cure for PIED.

I hope you found this article informative.

As far as how much you can speed up PIED recovery, no one knows. But if you were to do everything on this page, you will most likely see results much quicker than if you were to live an unhealthy lifestyle and be lazy with rewiring and physical exercise etc.

I mean with all those brain healthy things, how could you not?

So be proactive, go hard with socializing and do the things you discovered in the second video on this page (PART2) and you’ll be good to go, sooner rather than later.