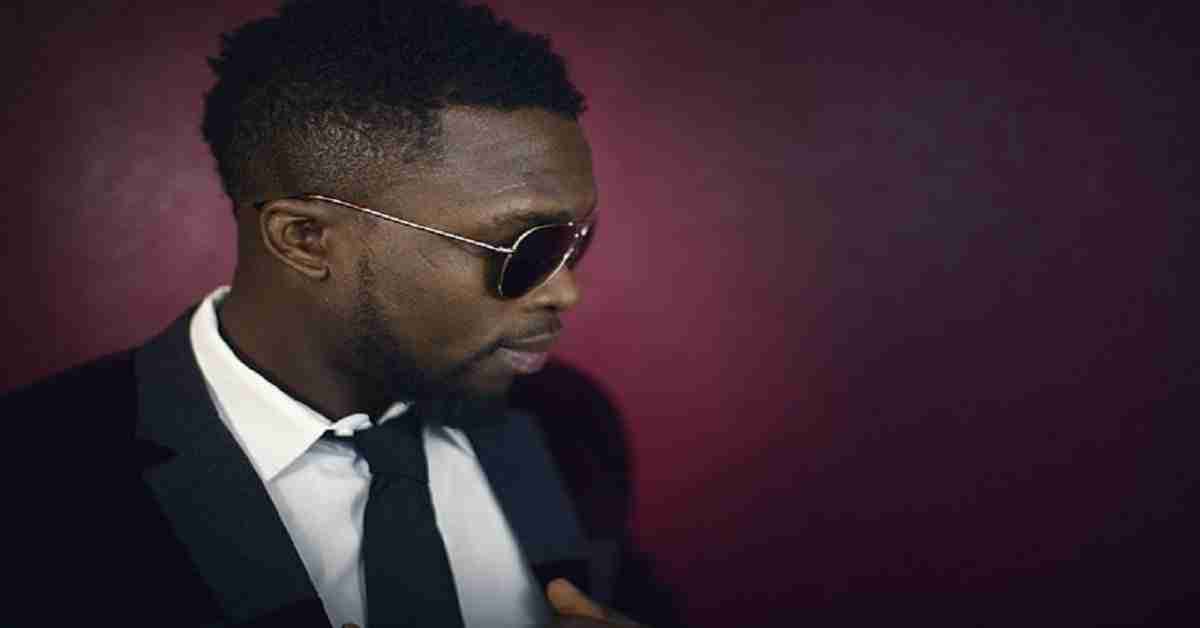 “Man, I feel so grounded and manly now”

“I don't know what it is, but NoFap makes me feel secure in myself. I'm experiencing some kind of core manliness I never had before”…etc.

So what's going on?

Does NoFap really increase manliness, and if so, in what way, and how does it happen?

Well, let's jump in and take a look.

Related post: NoFap and Dopamine – Why men who do NoFap win at life

NoFap And Masculinity – Yes it IS True!

NoFap makes many guys feel more manly, there is just no way to deny that.

But why is this?

What mysterious thing is going on?

…however, there are indeed a few studies that could be giving us at least some clues.

One thing is for sure, it's a very interesting phenomenon.

Studies on rats have found that frequent ejaculation knocks out their androgen receptors. This could be an important clue on why guys who are doing NoFap suddenly start feeling more manly.

Well, because testosterone binds to those receptors. With less receptors, testosterone won't be able to do its job as effectively…

…and we all know that testosterone plays a key role in masculine traits.

After 15 days of abstinence, the androgen receptors had grown back and what's interesting here is that many guys start reporting an increase in NoFap benefits right around day 15.

Pretty interesting huh? Or, Is it just coincidence? …

Speaking of addiction related brain changes, I might as well list all the reasons behind the feelings of increased manliness right away…

…and again, note that this is just me speculating.

The resons behind increased feelings of manliness on NoFap…

I personally believe that we are dealing with a combination of all of the above.

…in fact, there are MORE real studies made here…

So here's the deal…

What are the symptoms of a disrupted dopamine system then?

Well, here are a few of the most common ones…

When those symptoms hit, and if they are strong enough, could they erode this feeling of secure masculinity?

They sure as heck could!

What about the mysterious semen retention itself? 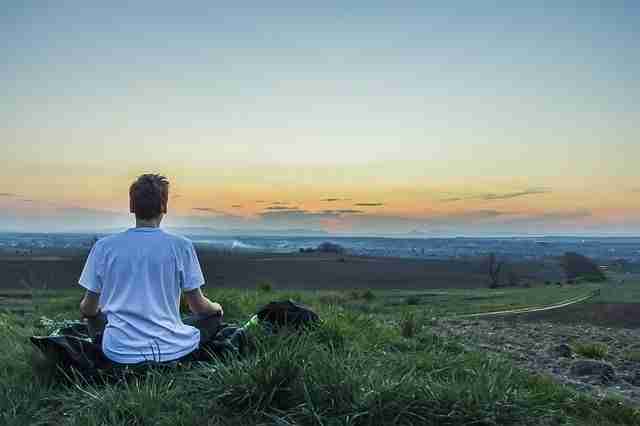 If we want hard science backing everything up, this one is going to be more difficult to explain, however, that does not mean there couldn't be something going on here, because everyone who knows how to do a bit of flexible thinking also understands that…

…absence of evidence is not evidence of absence!

I personally believe there is something interesting going on with semen retention.

When we think about it, one ejaculation contains enough sperm to father a whole continent. That's a LOT of “life energy” right there that you can either waste into a napkin in front of the laptop or transmute into reaching your goals and / or getting other benefits…like for example increased feelings of manliness…

And besides, if hundreds of thousands of men are reporting interesting things starting to happen while on semen retention, it would actually be pretty foolish to neglect ALL of those reports.

Attention From Women While On NoFap 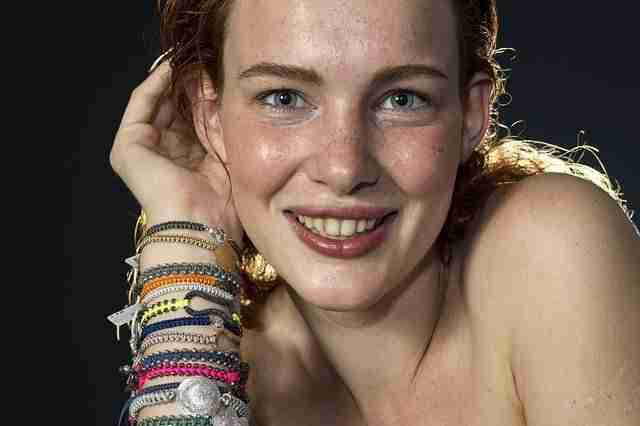 This is something that comes up again and again and over and over from guys doing NoFap.

Even though some of them didn't change any other factors, than just going on NoFap, they suddenly started to notice girls giving them much more attention.

I have no real explanation to this, but thousands of guys are reporting it and I have personally experienced it as well.

Since NoFap increase feelings of manliness and confidence it could perhaps just be that we carry ourselves differently and that women pick up on that….

…but that can't be all, because the woman attraction extends far beyond that explanation as they can even show more interest even if a guy is just sitting at a cafe, doing nothing, and there is no display of confidence there whatsoever. (This had happen several times to me personally, by the way, and I know I wasn't showing any extra confidence at all just by sitting there, checking my phone)

Mirror neurons could be firing, or some other unknown biological phenomenon could be going on…

…who the heck knows?

It is also not far fetched to think that biology and mother nature have created a mechanism that somehow let's girls pick up on when a man is walking around with a lot of androgen receptors, dopamine surging through his veins and “loaded gun”, even though we don't yet know the biological mechanism behind it, if it even exist, but it certainly could be possible.

Whenever I get into my third week of semen retention I start getting a lot more attention from women. I just don't understand it, but it happens again and again. I guess I'm pretty decent looking, but that does not change that fact that whenever I'm not on semen retention, I get a lot less attention from them. I have no idea how this works…I just know that I like it 😉

I'm in my third month of NoFap and it is like there is an attraction switch that has been turned on. The last 2-3  weeks I have been getting looks…I mean it happens everywhere I go. At first I was a bit uncomfortable with this but I quickly learned to like it. Never before have I met eyes with so many women in such a short time frame.

NoFap And The Radiating “Core” / Manliness

When starting NoFap and you get a few weeks into your journey you suddenly start gaining more self-esteem and feeilinga of more manliness. It is like you get this firm, core manliness deep inside of you that your self-respect and confidence now can stand steadily upon and that, in turn, feels amazing…

…like you will be able to handle whatever challenges life throws at you.

At least, that is how I personally best can describe it.

Whether or not the speculations I've made during the post far of or not I can't tell, but when it comes to NoFap and Masculinity, something is definitely there.

Some guys even start experiencing a deeper voice, increased capability to build muscles, and more facial hair, so yeah…

…something is going on.

If you have been trying it out yourself, but you lack the benefits, then remember the addiction related brain changes. They can take a very long time to heal. We are talking about months to up to a year here, depending on the severity, so just keep going and don't give up.

Ok there you have it. This my personal take on the subject NoFap and masculinity.

Some of the things I wrote could be backed by science although a lot of it was me speculating, just like I told you in the beginning of the post, however one thing remains resoundingly clear; the NoFap journey and the mysterious semen retention benefits is a fascinating thing for sure!

Thank you for reading this article.

Also, consider subscribing to my YouTube channel. It has A LOT of content about NoFap and other cool self improvement stuff. You can check my channel out  >> by clicking this link here <<

If you want help with relapses and coaching in general, you can find my contact page here.

Q: My friend says NoFap can help with memory. I think that sounds like just a bunch of BS. What's the truth?

A: Yes, for some, although not every guy who starts doing NoFap will experience improvements in this area. Some of the guys will experience massive improvements with PE though and for some it also depends a bit on how they used to fapp. For more info on this, read the article Does NoFap help you last longer in bed, and does NoFap cause premature ejaculation?

Q: I'm on day 67 and I have started to experience more vivid dreams at night. Is this just me or have you heard others experiencing the same?

A: It's actually very common and many report the same. I personally believe it's a good sign of your brain and your reward / dopamine system healing. So be happy about it and keep going.

Alright, that'll be it for now, if you want to contact me for more questions, or need 1 on 1 coaching, use the contact button up on the menu.