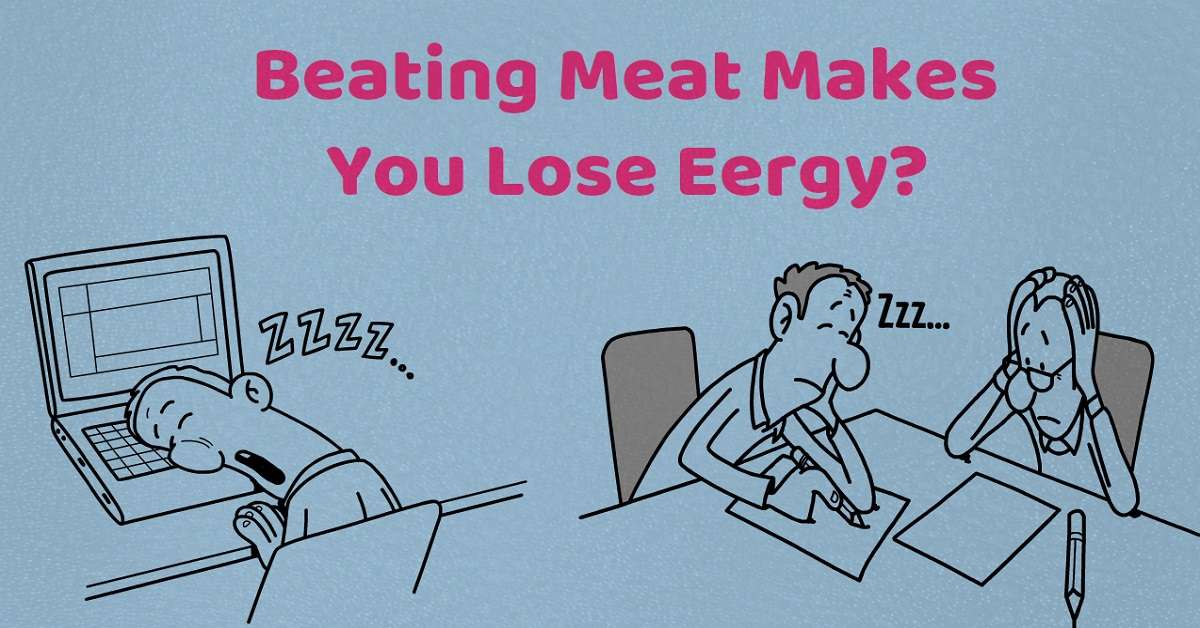 Does Beating Your Meat Make You Lose Energy?

So, does beating your meat make you lose energy?

Some guys notice lower energy levels after they've been beating their meat, yes.

Others, however, do not.

And here's the deal…

…then it's pretty easy to understand how beating your meat can make you lose energy.

Only: it isn't beating the meat that's actually causing it…

If you found the video informative, consider checking out my Youtube channel here.

…let's take a look at a poll I made in the community section of my channel, where I asked my subscribers the following question…

Do you find that NoFap has given you more energy?

As you can see, more than 1400 people voted and

So, an overwhelmingly clear majority of 90% voted positively.

This is very individual.

Some guys notice an increase in energy within just a week, others have to be patient and wait for many weeks before they notice any benefits at all.

What guys are saying about the energy increase on NoFap…

“Yes, I definitely feel more energy when I'm on a streak.. and when I relapse and binge, I feel exhausted all the time” -Khaled O.-

“I don’t feel a huge increase in energy but everyday life is more joyful, colorful and my anxiety is almost entirely gone. I am sure though that if I continue the streak, I will have more energy because I will enjoy life more.” -Robin Q-

“My best streak is like 8 months, and in that time I was literally the best version me. Restless, exercising daily, attention span is top god, ticking off my to do list.” -Andra-

“After around 2 weeks of nofap and noporn, I start to notice I wake up earlier and with more energy, no more waking up tired at all, and also i need less sleep, and I also sleep better!” -Majin- “I'm on day 61 of NoFap and I cannot definitively say I have more energy but I can say that I definitely have more peace and focus in my life. I have a much improved appreciation and sense of value for things that are really important. My objectivity has increased. I'm much less prone to be critical of others.

My anger levels have dropped. I rarely feel depressed. I'm way more positive about my life and my future. I have started NoFap several times with relapses. My previous record was 40 days. I'm way beyond that mark now and am pushing forward. I do NOT want to fail this time.

I refuse to allow pornography to steal my life. Its trickery is making you think it's harmless and that it won't hurt you if you consume it moderately. That's the lie. I know I'm getting lengthy but I want to say one final thing. Once you start your NoFap lifestyle, you've got to identify what triggers you and avoid those triggers. Your mind will try to sabotage you to get its dopamine fix. Stay strong and remember: If you don't control your brain, your brain will control you.” -Andy J.-

“I notice a significant difference after I release compared to when I have retained” -Stephen S.-

Some other articles you may find interesting…