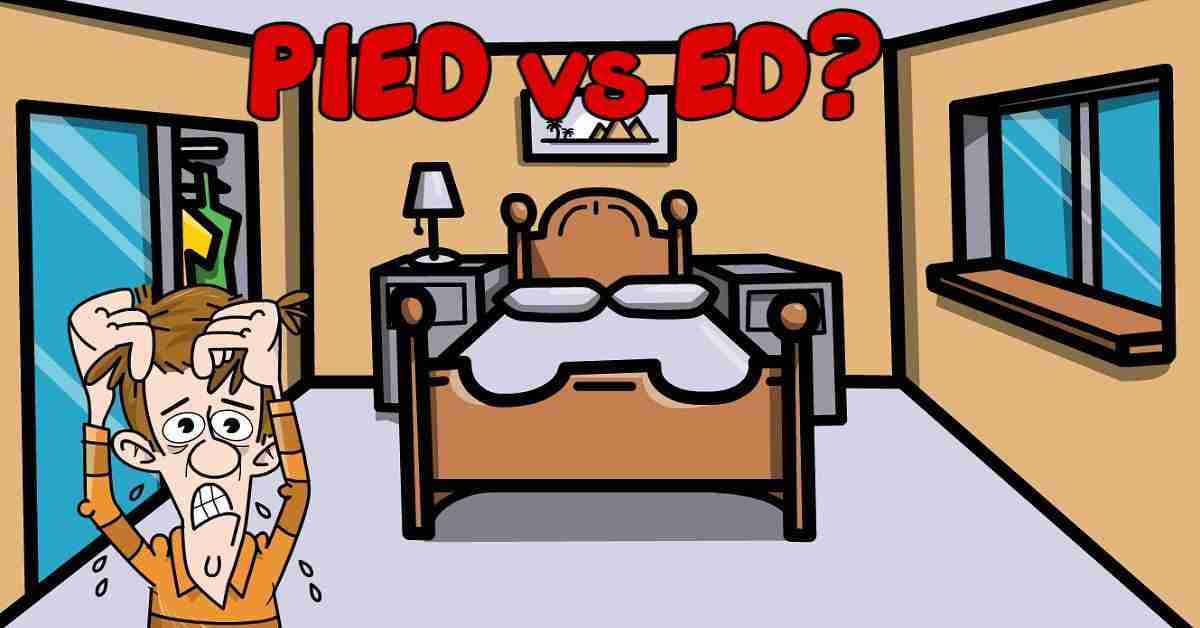 Difference Between ED and PIED

A lot of guys have heard me mention PIED in some of my videos on YouTube and I very often get emails from some of them asking “What's the difference between ED and PIED?”

Well, the answer is simple.

ED stands for erectile dysfunction and it is simply a general term describing a condition where you can't achieve, or maintain, an erection hard enough for satisfying sex. The term (ED) is used to state that dysfunctional condition, no matter what's causing the problem. 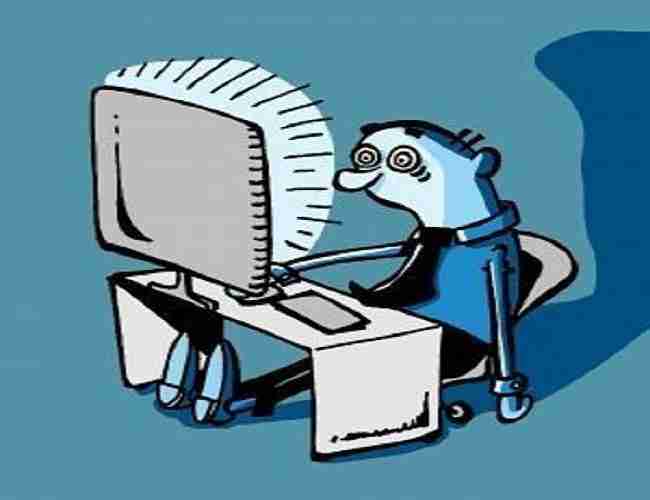 The desensitization is easy to understand.

During a fapping session today any man can see more hot babes (with perfect bodies – according to his own taste) than his ancestors could see in several lifetimes.

This releases so much dopamine that the brains reward system can become “numb”.

Think of it like this; On a sunny day you go outside and look towards the sun for a while. When you go back inside, everything looks dark in your house. You're eyes have temporarily dialed down your vision.

After exposure to a super stimulating thing, the “normal thing” pales in comparison.

Dopamine receptors are the small slots that dopamine itself has to lock into in order for it to be able to do it's job. And with fewer of those, you basically have a numb pleasure response…

…this is called desensitization.

Dopamine is a neurotransmitter in the brain that is responsible for making you motivated to go for things that will help you survive and reproduce.

Those are the two biggest goals for your brain…

…to survive and to make more of yourself.

Dopamine makes you a learning machine…

Since this is vital for your brain, another thing to understand about dopamine, then, is that it is also a “learning molecule”.

Meaning, whenever dopamine is elevated your brain will “make notes” on what made it spike, so that you can go for it again.

I.e. whenever your dopamine levels are elevated, you are a learning machine!

Then, when finally getting in bed with a real life person, you have little to no response in your libido and your erections.

That, right there, is sexual conditioning.

And, as I said, that in combination with desensitization is the core driver of PIED.

ED can also be caused by anxiety 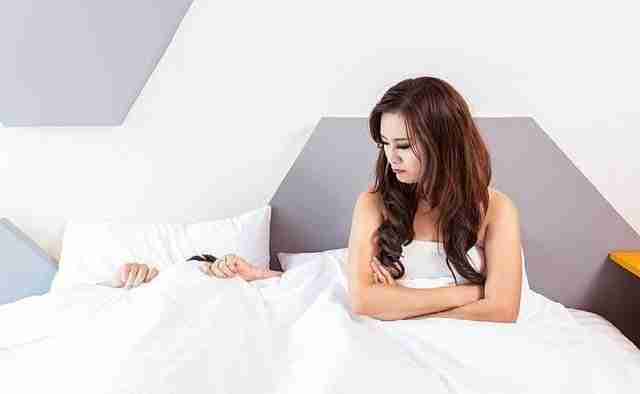 Most people know that ED can be caused by organic issues, like for example narrowing of the blood vessels and poor blood flow.

Many also know that performance anxiety can make it difficult to achieve an erection. But not many people understand just how destructive anxiety can be here.

How to tell the difference between PIED and anxiety

So much so that the worrying, can in and of itself, cause them to fail to get hard the next time they end up in bed with their date.

I also need to point out that it does not have to be either or. In fact, it can very often be a combination of the two.

However, since PIED made them experience how bad it can feel to fail in the bedroom, they naturally also develop anxiety, fearing continued failures. This fear can then make it a bit problematic to tell whether or not they are fully healed from their PIED.

Again, read the article PIED vs anxiety for more info on this.

What should you do if you suspect you have PIED? 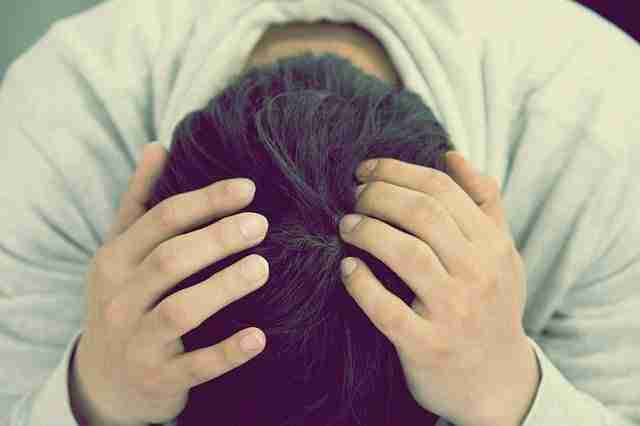 The process to heal PIED is simple, but not easy (yeah, it's one of those).

If you want to get rid of your PIED, then you need to do a so called PMO reboot.

A PMO reboot consists of the following steps…

The first one is pretty straight forward. 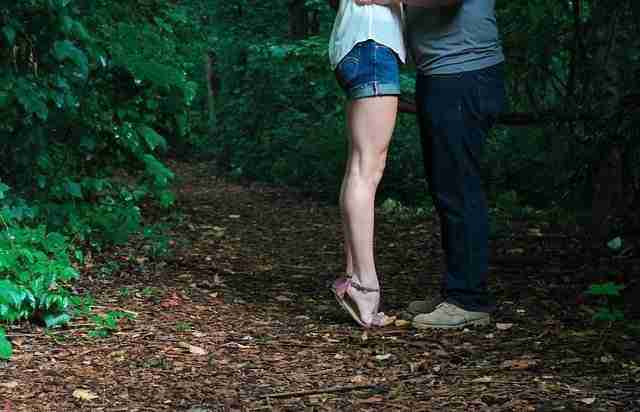 Rewiring simply means spending a lot of time around real life women (or men, if you play on that team) in order to retrain your brains sexual responses where the real libido is supposed to go.

Then there are some unlucky guys won't recover at all if they keep ejaculating. They need a complete break from all orgasms, no matter how they achieve it.

Well, this is just what we have seen and no one knows for sure.

Most often this is totally fine, and doesn't cause any more future problems.

Many guys have tried this, but more than 90% of them end up failing…

…so this is not recommended.

How long does it take to overcome PIED?

This is highly individual.

Some guys recover within just 6-8 weeks, while other may need up to a year, or even longer.

Yeah, I know, it's a huge range and there's nothing fair about it 🙁

It's very difficult to come up with any kind of average time frame for how long it takes to fix PIED. However, I try my very best to do so in the article How long does it take to heal PIED.

For more info and more detailed steps on how to do a proper PMO reboot, read the article How to cure PIED fast.

For some guys, no amount of supplements or ED drugs will do it. Remember, PIED is caused by physical changes inside the brain and not by blood flow problems.

Others, perhaps those who are not as severely affected, can indeed find libido supplements to be surprisingly helpful.

The supplements I found helpful were…

However, you have to keep in mind that no drug or supplement out there can cure the root cause of PIED.

They can potentially support you a bit with increasing libido and boosting your erections, but if so, look at them like helpful tools only and not the solution.

Rebooting is, and will probably always be, the only real cure for PIED.

Can everyone heal their PIED?

Now, there are some very long term rebooters out there who keep on rebooting without seemingly any results. But my guess is that, if they haven't seen any results at all after more than a year of rebooting, there's most likely some coexisting issue there as well. E.g depression, anhedonia, anxiety, some hormone issues or some real organic issues.

It would be wise for everyone, who is in the very beginning of their reboot, to go see a good urologist just so they can rule out any potential serious organic issues. And also, to see a good professional if they suspect some mental issues.

To sum everything up, the difference between ED and PIED is only in the terminology.

I hope you found the article helpful.